Music and Productivity – Do They Work Together? 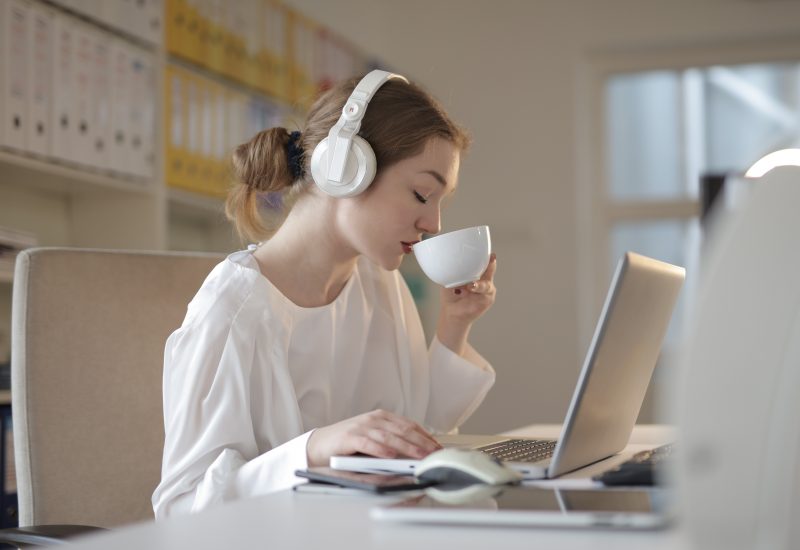 “I can’t concentrate when the music is on,” complained Gina’s co-worker.  “But I feel motivated and enjoy my work more,” she countered.  Sam stood by listening intently because she had just had this argument with her teenager about music and homework.  Tensions can quickly rise when it comes to such personal preferences.

Is it a motivator? A mood booster? Or another example of multitasking that interferes with your ability to think?

Teens overwhelmingly listen to music while doing homework, more than 75% of them, according to a recent survey by Common Sense Media. Over half of those teens believe that it actually helps them work and only 6% said that it hurt. Who is right?

The correct answer is, “it depends.” Although the research leans very heavily in favor of the parents’ position, there are some significant exceptions that apply to both homework and the workplace. It all impacts your productivity.

Why is it a Problem?

Numerous studies have shown that multitasking is detrimental to your productivity. One key study at Stanford University showed that those who self-identify as “heavy multitaskers” are far more easily distracted and actually performed poorer than any other group in:

Most importantly, these individuals were actually losing the cognitive ability to focus when they weren’t asked to multitask. Listening to music, texting and using social media while trying to do cognitive work will typically give you poorer results, taking longer and causing more mistakes.

Music and Productivity CAN Work Together

Music has been shown to reduce stress, anxiety and depression. Sometimes it can actually improve your productivity, your mood and your ability to concentrate. For peak performance, know what helps you get more done and what doesn’t. Experiment with these modifications to find the right balance:

1. Listening to upbeat music that you like before beginning work can be motivational, and enhance both cognitive skills and creativity.

2. In a noisy office, hearing others talk can be an irritating interruption. 48% of office workers said speech is the biggest distraction in one study. Background music or a pair of headphones can have a significant impact on cancelling out those interruptions and improving concentration.

3. Productivity can actually be improved with music if it is highly repetitive work with low immersion, according to a study at the University of Birmingham, England. Think stuffing envelopes or working on an assembly line. Our minds tend to wander when the work is not complex and music with lyrics improves our mood and our ability to focus.

4. For more complex work, however, you should avoid music with lyrics; music that is louder than ambient noise; and any music that might grab your attention because it is new, unfamiliar or highly variant.

5. Music or soundscapes without lyrics can have positive productivity impacts. Baroque music has been shown to improve efficiency and accuracy in some situations. And researchers at Rensselaer Polytechnic Institute found that natural sounds like waves and rain can enhance our cognitive function, ability to concentrate and our overall job satisfaction.

Setting an atmosphere or mood, can make work more enjoyable and block out a noisy environment. Video game makers have long been successful at overlaying music that doesn’t detract from high concentration playing. If classical music and wave sounds aren’t your style, try jazz, movie scores or electronica. For the highest productivity, aim for background, ambient music. Your attention can either be on your work or on the music, but not both.

" SOS coaching and programs will change the way you and your team approach your work, and will leave lasting results."
" [Barbara’s program] … has paid us super dividends in the workflow of our group in all sorts of ways."
" Barb helped me spot the problem areas in my work habits. And she did so quickly and with results I could notice right away. I learned how to ‘get out of my own way’!"
" We received rave survey results from her presentation as the kick-off speaker for our 1st Annual Leadership Series."
" Barb showed me how to organize my digital files as well as my home workspace very quickly. She instantly reduced my stress."